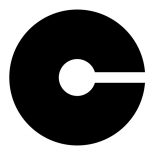 This month I will be presenting new music with both of my ensembles, Ensemble of Irreproducible Outcomes (or EIO for short) and Proença Band. The first concert will be February 6th at Vinyl Renaissance in Overland Park at 2pm. The second event will take place at All Souls Unitarian Universalist Church on February 20th at 7pm. Both concerts will feature both bands. I know, it’s a double booking for me, and I must say, neither group performs easy music. It will definitely be a test of my abilities and concentration, but I’m up for the challenge. 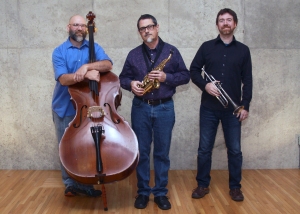 I’ve been working with EIO for about 4 years now. The band consists of myself, Brian Padavic, on double bass, David McIntire on clarinet, saxophones, ocarina, and electronics, and Ryan Oldham on trumpets and various sounds. It all started when David McIntire asked me to come by his house to play and record on a new drone piece he’d been working on.  He asked me to improvise along with the drone and he recorded the result.  Then, he asked me to do it again.  The third time through, he asked me to improvise against the two previous recordings of myself, without the drone.  It was a fantastic experience, and eventually became our first composition titled “This B is for Brian,” which includes some 40 to 50 tracks of different recordings of myself and the other band members.  Before each performance, McIntire changes the electronic fabric so that we (Ryan Oldham and myself) don’t know exactly what recorded material that we will be playing against.  It gives the piece a “freshness” every time we perform it, yet while maintaining a recognizable atmosphere that we can call a composition.  We approach all of our music in this fashion.  The parameters of each work are flexible and sometimes indeterminate, so we never play the same piece with the idea of recreating the same result, and the audience (as well as the performers) will experience the same “tune” with different outcomes every performance – hence our name, Ensemble of Irreproducible Outcomes.

Here’s a link from a live performance at the Bop Shop in Rochester, NY, while we were on tour in February of 2015:

You can check out a good number of our music from live performances and rehearsals: https://soundcloud.com/e-i-o-2.

We also released our first album(s) in 2015.  You can find them at our record label’s website: http://irritablehedgehog.com/

Here is a direct link to our debut album titled “Memory and Weather”: http://recordings.irritablehedgehog.com/album/memory-and-weather

One of our favorite pieces to play is an arrangement by McIntire of an old folk song called “Foggy, Foggy Dew.”  This piece really showcases our “irreproducibilities” due to the drastic variations from performance to performance.  We had such fun with this piece in the recording studio that we recorded it 10 times.  As a result, we released a second album to accompany “Memory and Weather.”  The “Foggy, Foggy Dew” album features 7 different takes from the recording session and can be found here: http://recordings.irritablehedgehog.com/album/foggy-foggy-dew 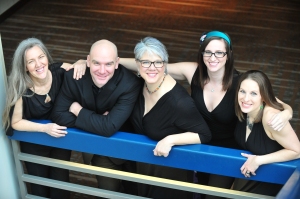 Proença Band is a new ensemble created by vocalist Michelle McIntire.  McIntire initially asked composer/musicologist Kyle Gann to write here a song, and Gann ended up writing an epic 60-minute song cycle.  The work is based on the poetry of Ezra Pound and the instrumentation is for soprano (Mcintire), flute (Virginia Backman), vibraphone (Jen Wagner), electronic keyboard (Jen Lacy), and electric bass (Brian Padavic).  The February 20th performance will be the official world première of Gann’s composition, titled “Proença.”  On March 2nd, 2016, the band will travel to Bard College in New York to give another performance at the school where Gann teaches.  In the summer of 2016, the ensemble will be recording Gann’s work, with plans to continue touring the piece around the country, as well as adding other repertoire, including arrangements and compositions by yours truly.

Here is what the composer has to say about this music:

Sir Bertans de Born started it. Around 1182 or earlier he wrote a striking poem, “Dompna, puois de me no.us chal,” addressed to a lady, named Maent (in Pound, though the original was Maeut, cognate with Maud), who had withheld her affections from him. In it, Bertrans says that since Maeut scorns him, he will make up an imaginary perfect lady by picking the best qualities of all the other ladies in surrounding castles: Bels Cembalins’s complexion, Midon Aelis’s cunning speech, the supple body of Miels-de-Ben, and so on. The poet Ezra Pound (1885-1972), one of the great early scholars of troubadour poetry, formed a theory (based on local geography, misinformation, false chronology, and sheer imagination) that “Dompna puois” was a covert political strategy; that Bertrans’s castle was surrounded by enemies all connected to the family of Tairiran (later Talleyrand), and that by praising these ladies he was seeking to form political alliances, and to set the castles against each other. However misplaced Pound’s speculations, Bertrans did take sides with Henry II in revolution against the latter’s father, for which Dante (1265-1321) placed him in the eighth circle of hell in hisInferno, as a “stirrer up of strife.”

His imagination sparked by the figure of Sir Bertran(s), Pound wrote not only a translation of “Dompna puois” but two poems heavily alluding to that poem, Na Audiart(1908) and Near Perigord (1915). Musical settings of these two poems form the frame of my song cycle Proença. I became rather obsessed with Pound in college, and with medieval music as well, resulting in a lifelong fascination with the troubadours, the singer-songwriters of 12th- and 13th-century Provence. The troubadours and Pound both fascinate me, but what I find most intriguing is the idiosyncratic view we get of the troubadours through Pound’s eyes. In March 2015 the singer Michelle McIntire asked me to write her something; she has a wide range but a low tessitura, and her sultry register brought to mind the troubadours, whose subject is so often illicit love. For some reason I had never thought about setting Pound before, but the idea took root quickly, as though it had been long overdue. I went rather overboard, envisioning Na Audiart as a kind of dark jazz ballad by a scorned lover, and then adding more and more songs as each poem led to another. (The range of the cycle is almost two octaves Ab to G, but the tessitura resides in the octave above middle C, and there are more extended passages below that than above it.)

A perhaps obligatory note: I mentioned to a famous poet that I was writing a song cycle on Ezra Pound, and she shouted, “That bastard!” I know. I have long felt that there is no point in blaming the art for the personal faults of the artist. For the record, I have neither interest in nor sympathy for the “man-of-action” theories that led Pound (relegated in recent decades to his own eighth circle of hell) to first champion de Born and later Mussolini for similar reasons. The texts I’ve used, all 1917 or earlier, predate the disillusionment that followed World War I and Pound’s turn toward unpalatable views of society – views that he himself renounced late in life. The poetry is wonderful and, I think, innocent.

Composer/bassist residing in Kansas City. Musical interests include, but not limited to, avant garde, minimalism, jazz, cross-genre/poly-stylistic, rock, metal, contemporary orchestra, American and European folk, Latin, Brazilian, Hungarian, African...pretty much anything outside of American pop and country.
View all posts by brianpadavic →

This entry was posted on February 2, 2016 by brianpadavic in Uncategorized.